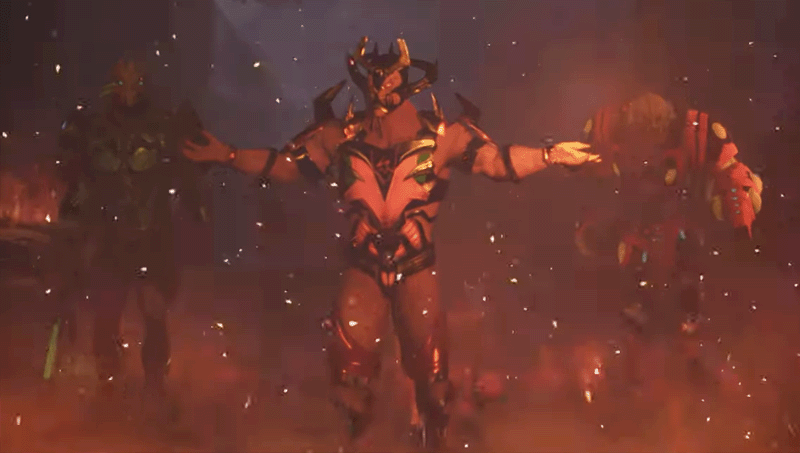 Talk about a whirlwind since our last official update 45 days ago!!! Excuse us for not having the time to write this up but we will do a quick recap on what we’ve been able to accomplish.

We also believe that as we get new eyes on this project it is important to set the expectations on
‍
- what we are building,

- why we are building it and

- how the process of building a game works.

So this update may be longer than expected, but we approach things a little different here at WAGMI ;)

Table of Contents (yeah, its that long)

Why We Are Developing a Mobile Responsive Tower Defense Game

The Problems We Will Solve in the Industry

Gaming Industry Stats (these will blow your mind)

Why We Believe Crypto PLUS Traditional Gaming = Bullish

We are on a mission to disrupt the traditional app store gaming industry and put the power into the gamer’s hands through use of competitive wagering and in-game assets in the form of NFTs.

“We’re all gonna make it”: What was a crypto meme will be known as the battle cry to save mankind.

First, Let’s talk about the Charts

While there has been a little bit of a retracement, some people selling and the market not looking bullish today, we have never been more bullish on WAGMI Games.

Oh, and we marketed, launched, and successfully sold out the Genesis NFT Collection which grossed just shy of $1.2M raise in which the net proceeds go towards marketing and more game development.

We are not pretending to be something we are not. WAGMI Defense is modeled after Clash Royale with a Sci Fi twist, story line and more intensive character and realistic graphics. We have done the research but here are some stats that may blow your mind:

Here are some stats on Clash Royale and it’s Game Dev Co SuperCell:

Supercell reported its revenues hit $2.24 billion (up 51%) compared with $1.48 billion in revenue a year earlier.

And for the first time, Supercell’s cumulative revenues to date from Clash of Clans and Clash Royale alone have grossed more than $10 billion.

After analyzing the success of Supercell...

we are going to market with a “strategy” game that is simple and fun to play and does not take a lot of time, downloads, or powerful gaming computers. Main points being:

#1 It is a familiar game,
‍
#2 It is geared for the casual gamers (more about the gaming industry below), and
‍
#3 There are 100s of thousands of streamers on platforms like Twitch playing this game.

We are confident that we have a great opportunity of migration and adoption into WAGMI Defense.

That said, gamers simply throw money away for the sake of entertainment. There is no value in the games they purchase, nor is there an opportunity to make money other than sponsorships or donations on platforms like Twitch.

There are no fundamentals in crypto meme coins. They live and die on hype, or pump and dump social media influencers. The sustainability of meme coins is volatile and most likely a fad in the small history of crypto… but still worth capitalizing on with the proper utility.

WAGMI Games is producing a franchise of play to earn (p2e) crypto games which will capitalize on the #1 web3 acronym: WAGMI

•   Competitive and Friendly Wagering (skill based)

How big is the gaming market?

This is going to blow your mind!

With about 2.7 billion gamers active worldwide, the opportunity for businesses to cash in is hard to resist. But how does GAMING compare to other entertainment industries?

So why create a game with crypto elements in it?

•   49% of the industry’s unique active wallets (1.4 million) are connected to blockchain games propelling the games’ NFT trading volume to $4.5 billion in 2021

•   eSports are highly popular across the globe, but especially in the US and South Korea

•   The number of smartphone gamers is increasing YOY.

Don't take our word for it.. Take a look at the tweets this week from some of the top influencers in the world:

Let’s talk about our strategy with game development and release of content.

Although we are modeling WAGMI Defense after Clash Royale, the last thing we want to do is have it look or feel like it. Nor did we ever want to jeopardize the project or our investors by getting sued for copyright infringement (we predict this will  happen more and more in the crypto space).

WE OWN THE IP… Ask this of 99% of other gaming tokens.

That is why we have gone through the immense effort to create the original story, the original characters, and original design of the game.

Sure, it would have been easier to repurpose stuff on the internet and just do the same style. But then we would have no true brand or voice that differentiates us.

So what does that mean?

It means that we will consistently be tweaking the game until it is polished.

But in the first 100 days, the quality of initial design work is second to none.

We’ve still got over 8 unique maps, over 350 in-game assets to create and a host of other integrations such as Twitch streaming, tournaments, and wagering to say the least.

(look at Mavia for example who is a year out without a beta) but we wanted to release it so that the community could see incredible progress that will be made through the end of the year.

Patience pays and we expect to have the first high end mobile game out of crypto that’s actually fun and that will create the platform for mass adoption.

Release of FIRST LOOK of Gameplay

Over the weekend we released the FIRST LOOK at gameplay. Now we have had some mixed comments. We want to point something out: THIS IS THE FIRST LOOK and is NOWHERE NEAR at the level of quality we need it to be for general public release.

Before we get into our thoughts on what you can expect regarding progress of the game, some of you might ask:

“If it is not at the level of what you want it to be, then why release it?”

Simple: CRYPTO IS FULL OF SCAMS. We are trying to be as transparent with the community as we can.

By releasing what we consider “a living breathing case study” on how to build a game, there are going to be critics who think they know it all, FUDers from other communities and projects that try to put us down, and those who think that if it is not 100X in one week, they need to find the next hype token to buy their Lambo.

But we want our community to know that this is real. That this is a work in progress. And most importantly, have a sense of belonging and a voice in helping it make it better (by allowing the GENESIS NFT holders full access to the BETA).

Now that Phase One is complete, getting a working version of the game live with all original characters and IP (again in just 100 days which is UNHEARD OF), it is time to fine tune.

For those of you who may know anything about music, it is like the equivalent of writing a song and putting a demo out. The song is written with the initial music (guitar, bass, drums, vocals) and is basically complete, recording it in a garage.

The next step is getting with a producer, fine tuning every note, chord and beat, experimenting with the right sounds, from reverb, to distortion to the db levels of the kick drum. Then finalizing all those moving parts and then recording the tracks in a real studio with sonic clarity and precision.

We just wrote the song. Now it’s time to fine tune it before final recording and release on the radio.

Every movement that you see in the FIRST LOOK of GAMEPLAY video will be tweaked, spacing, fight moves, color and contrast of the map to characters, how they walk, how big they are, how fast the towers get destroyed, adding power cards, etc. etc. etc.

And what we are most excited about is having the input from our community during this BETA stage.

Hopefully this puts things into perspective on how the development of creating a game is a work in progress.

30 days ago, we released our Teaser Trailer. We had no influencers or ambassadors. As we have mentioned on all our AMAs, we knew we needed to build something of substance before top tier influencers would give us the time of day.

That strategy has paid off.

We now have over 15 influencers and Ambassadors (paid and unpaid) out there talking up WAGMI.

Here is a list of many of them and their reach (sorry if we left a few of you out... trying to get through this post)

We have over 100 people who are out there every day shilling the project. We want to salute you. We see you and we appreciate you.

We are approved to advertise blockchain content via our Google Adwords account. Why is this important? Because our marketing strategy goes beyond the influencers. We have decades of combined experience in paid online marketing and will leverage this in promoting WAGMI. Don’t be surprised to see WAGMI all over YouTube (if you haven’t already seen us).

If you have not seen how much progress we have on YouTube, simply search “Wagmi Games” and be floored with the coverage.

We will be officially listed on SaitaMask this week. While there is a lot of politics in regards to many of these projects and communities, our only goal is to get as many people aware of WAGMI Games as possible.  SaitaMask is our first listing in a community driven swap app.

We also just announced we are listed on 1Inch. This means you can swap for WAGMI on both ETH and BNB on this one protocol, PLUS, you can also swap other supported coins in one swap such as Bitcoin, USDT and others!

So much is going on. In fact we want there to be surprises along the way.

But just to give you a high level of what to expect:

We are so excited about where this project is. I think we all got a small taste of the potential the past couple of weeks on the excitement of this project. We will be creating a series of “educational graphics” that summarize many of the points in this update to create awareness of our game, the type of game, the runway of the industry and the project as a whole for this community to shill.

We are confident in our business strategy. We love our community and we are just getting this party started!