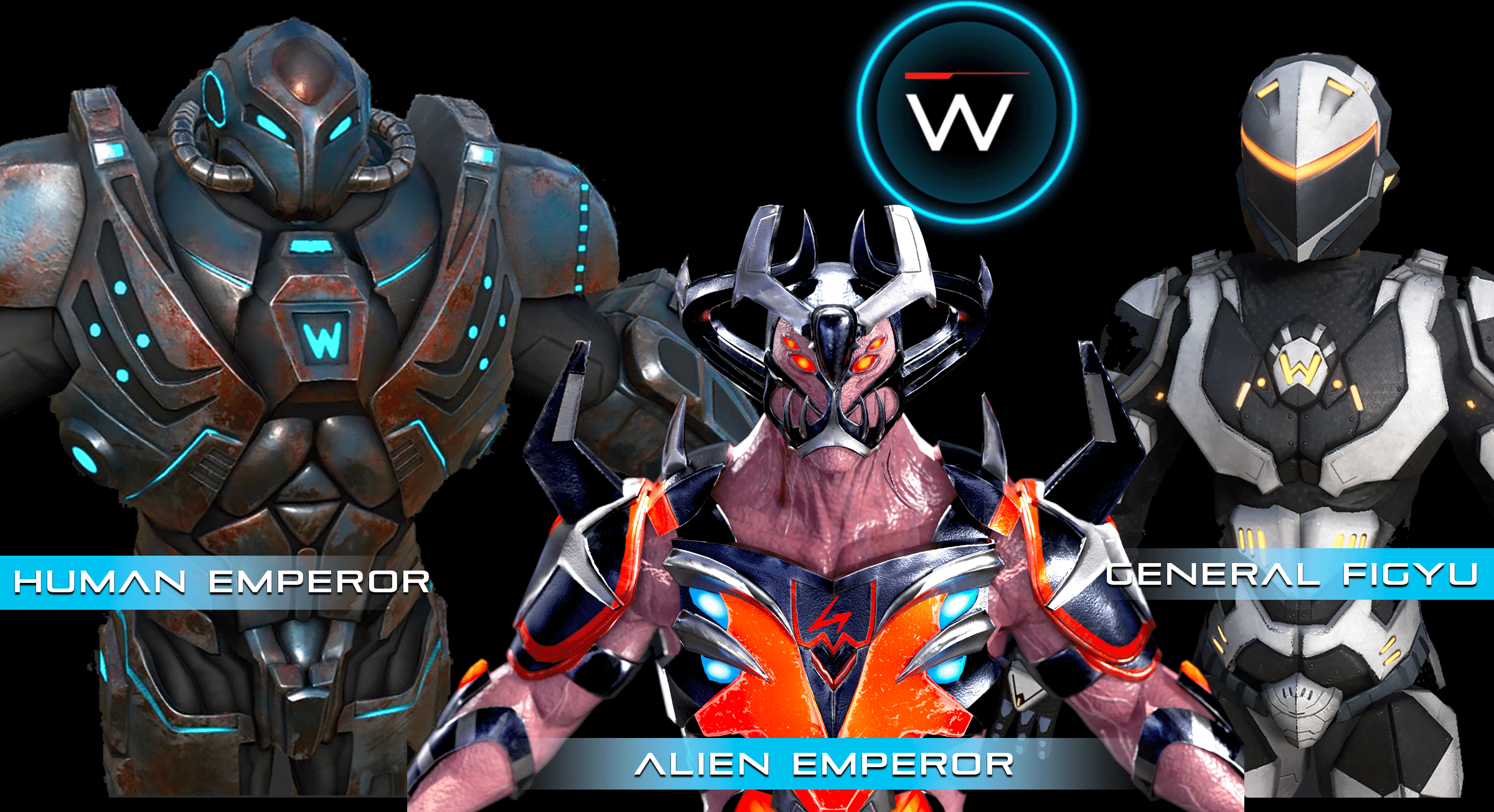 This collectable NFT edition is the beginning of all the characters you will see in the WAGMI Defense. These are hand drawn by MaddSketch, a comic artist we hired to capture the features of the humans and aliens. This collection is your opportunity to own a piece of history, as there will never be another genesis collection for the game.

Not only is the hand drawn art killer, but those who hold the NFT will get access to in-game assets, as well as a portion of royalties from NFT purchases in the game marketplace.

PLUS, those with the NFT will have the edge by being invited to play the game first, and give us feedback.

The mint will be on the ETH network and appear on OpenSea. For more info, visit NFT.WAGMIgame.io and join our Discord for Whitelisting.

We want the world to know just how the game will work, without all the complications of a tech doc. That is why we released the WAGMI Defense Litepaper. It is a 24 page presentation laying out the game. Check it out!

First Render of the Game Map

As you can see, the graphics are very intricate. We have already made changes to the alien towers and are creating even more realistic surroundings of the arena, but this is the first render. The game, by the end of 2022 will have 8 maps and over 350 in game assets! We will be releasing updates as we approve them!

So much has been happening behind the scenes in terms of the game’s development. Here are some of the highlights

3D Renderings are in full effect. Here are how absolutely sick the renders are turning out. Again, these are all inspired by the Genesis Collection artwork.

A day in the life of our Cubix team

If you have ever wondered what a daily game dev checklist looks like, well here you go:

Despite the fact we have been in a bear market, and we have done minimal marketing, the word is getting around. We just reached a combined $6M MC between the BSC and ETH chains, which without any balancing, are virtually the same market cap.

All hands are on deck for the Genesis collection now. We are driving traffic to our Discord Server for the launch. We should have well over 10-15K people by mint, if not more, as we have a 6-figure budget that is in full effect. Expect shills from twitter and tik tock influencers all next week.

We also have our part of the trailer that will be released shortly after the NFT mint. We plan on riding the coattails of the drop and then release the trailer while the buzz is at an all-time high. We are in talks with some crypto gaming YT influencers and should solidify coverage this week!

We have come to the decision to have our ETH chain marketplace powered by ImmutableX. They have a gasless protocol that allows for the minting of the in-game NFTs, which means that both BSC and ETH chains will not have to deal with the gas problems.