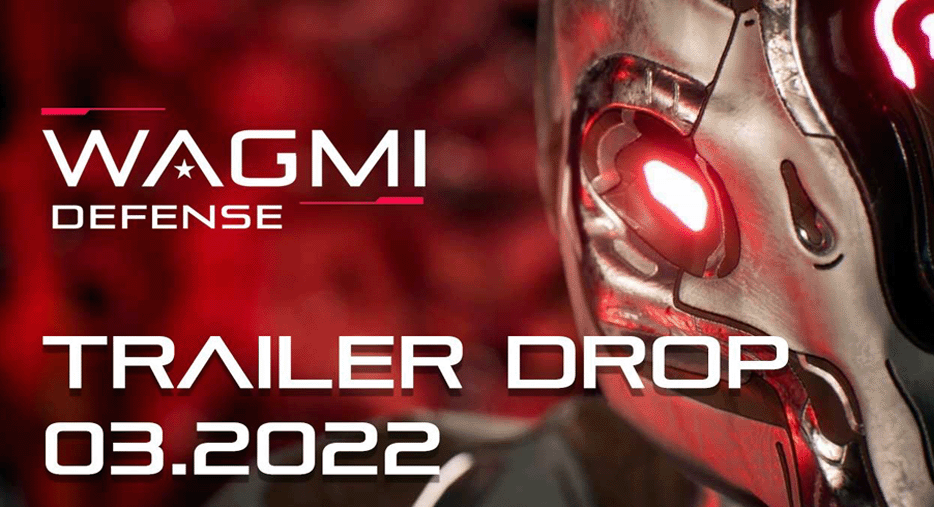 Boy, is has been quite the brutal ride in the world of crypto this year. And with the geopolitical climate at a heightened tension, all we can do is keep our heads down and focus on what we can control. That said, our hearts go out to anyone effected by the situation in Ukraine.

Things are going at warp speed. We have finalized the initial 12 characters in regards to artistic rendering. These of course are all based on the original renders from MaddSketch, which minters of the Genesis NFT Collection will have an opportunity to own in March...

Here is the final lineup.. BOOM!

The game has so many moving parts and the team at Cubix is firing on all cylinders. So much work is being done… Here is just a small window into just a portion of the workload:

The new branding of the game is now released. Cubix knocked it out of the park in regards to design. The entire game website will have this look and feel. We are thrilled to bring you:

We are thrilled to announce Scott Herman as our first Ambassador to WAGMI Games. Scott has been covering tokens like Saitama and is thrilled to cover this project. Expect many updates on his YouTube channel, Twitter and Discord. Scott has built a 2M sub channel in the fitness niche and is looking to do the same in Crypto. We couldn't be more thrilled to be a part of his rise to fame in the crypto space. Make sure to follow Scott to never miss important videos and announcements.

We also have begun campaigns on Facebook, YouTube, Reddit and TikTok. Everything has been set up and will begin hard core advertising efforts beginning March 2. We will be utilizing the Cinematic Trailer as the main creative.

MARCH 2 will be the day we release it to the public. But here is what we are doing for our OG's and Whitelists for the Genesis NFT drop…If you have those roles, you will get access to view the WORLD PREMIER of the trailer on March 1 in the WAGMI Games Discord Server

If you have not gotten a sneak peak of one of the scenes, here you go... It is straight 🔥🔥🔥

...and the Genesis NFT Drop:

As many know, we decided that the trailer should be the main creative we use to get people to the discord and mint the NFTs. The NFTs have so much amazing utility.

Remember, only Genesis NFT holders will get an invite to play the game first. Plus, Genesis NFT collectors will get all 12 original characters AND either a founders edition gold plated Human or Alien Emperor (only 3022 total ever will be minted).

We invite you to visit NFT.Wagmigame.io or head over to our Discord server to be a part of the launch. We anticipate a mint of mid-March, so make sure to do what you can to get on the whitelist to secure your spot.

So much going on. We are on schedule for the MVP release ofthe game at the end of March. Now back to work!