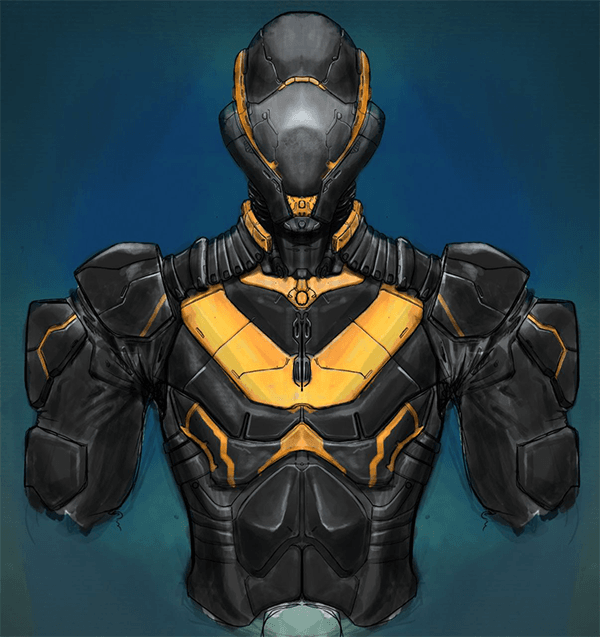 As we mentioned, one of the devs had a game project in the works. However, the theme you see today was not the original theme that was in the works. The idea of Humans vs Aliens and incorporating the WAGMI forces to protect the NiFe was a brainchild of this team.

That said, an entirely new set of characters and gaming landscape had to be updated. New theme, new story line, new characters, new weapons, new power ups, etc all are now being developed for the mobile game.

We know the community wants to see the game in action, We will not release the old mock ups of the game that was taken over. Instead, we will be releasing the evolution of the WAGMI DEFENSE theme strategically from now until the game release, to keep the hype up and a consistent stream of material to shill.. As the old saying goes.. You never want to blow your load too early ;)

This week we are proud to announce we engaged with a world class comic artist who also does 3D development in games. Here is the first rendering of a HUMAN WAGMI soldier who you will actually be able to mint and play in the MMORPG although a smaller version for the mobile game will also be available:

Ok... so.... we're a gaming token, right?  SO EVERYTHING we plan and talk about as a team has to deal with what will make this game EXPLODE?

And how do we link the game with our WAGMI "We're ALL Gonna Make It" movement to make it to where we're able to attract crypto investors from ALL chains, not just the ERC crowd?

We have decided to create an entire crypto ecosystem with the WAGMI brand.  NOBODY, from what we can tell, has ever done this.

Why is this so powerful??

We started trying to determine what a BSC bridge would look like?  What we realized is that by bridging to the BSC, we would have to allocate 17% of tokens to that, making it impossible to list on other bigger exchanges in the future, as there wouldn't be anything to allocate there.  So... how do we fix this?

For those of you who know a token called FEG, VERY SUCCESSFULLY united the ERC and BSC world into one community, but 2 different contracts, meaning now they're literally bringing new investors into their ONE community, but via a different contract on 2 different chains.  They went from 1.5m market cap to 900m mc.  The incredible part about it is that because it's on two contracts, the prices are completely different from each other, yet when they did this, their holders on BOTH chains absolutely MOONED.  As of a couple of days ago, FEG now had 91,000 ERC holders, but 850,000 BSC holders - But ONE singular community.

NOW... we started thinking... what if we did this, but also became the FIRST to implement this into our GAME??  We're happy to announce that we've confirmed with our game developers that this is indeed possible, and we've given them the go ahead to implement it.  This will mean that ONE game will allow WAGMI holders from every chain we launch on to be able to play simultaneously in the same game, with their corresponding chain tokens.  A first of its kind!

This will also allow EACH of those contracts to be able to list on additional exchanges over time as there will be an appropriate token allocation to be able to do so! This will allow for the WAGMI game brand to be visible and trade exponentially more when we list on exchanges such as KuCoin, Binance, Kraken, etc.

For our team, obviously this will mean that we will be literally rolling out full scale marketing campaigns for EACH chain, not just one. This allows us to leverage marketing dollars more effectively and reach a much more broad investor audience. We have determined that there is no negatives to this strategy…  As we want ALL to hit 1B mc and beyond...

To begin this process, we've decided that the BSC would be the best to initiate that 2nd contract, as the community has requested heavily that we launch on BSC, either with a bridge or new contract to allow fees to be less, as well as attract a whole different sort of investor into the WAGMI ecosystem.  Remember... ALL roads lead to our gaming ecosystem, a first of its kind.

Who the hell launches a new token and a product line in one week.. THIS TEAM!

Here is the link to buy some bad ass swag: